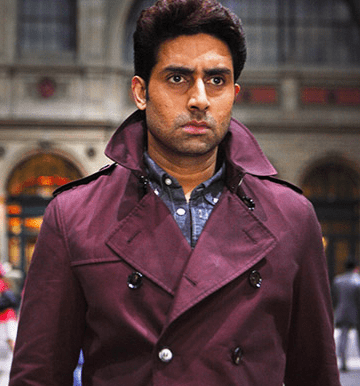 Over his career span of 2 decades, Abhishek has delivered several hits & flops. Son of Amitabh Bachchan, and husband of Aishwarya Rai, he is one of the popular names in the industry. Abhishek Bachchan movies have met both positive and negative reviews by the people.

Below is Abhishek Bachchan Movies List, consisting of his best movies till date.

Abhishek started his career in 2000, alongside Kareena Kapoor. Born into the family of actors, a lot was expected from the Junior Bachchan. But somewhere, he failed to meet people's expectations. Irrespective of that, Abhishek Bachchan Movies have been a treat to watch for many of his fans.

Throughout his career spanning over 2 decades, he has done around 50 movies. Most of his movies were critically acclaimed and were highly praised by the audience. Some of the popular hits of Abhishek Bachchan include Bunty Aur Babli, Dhoom series, Main Prem Ki Diwani Hoon, Sarkar, Guru and the list goes on.

Previously in a failed relationship with Karishma Kapoor, Abhishek finally tied knots with Aishwarya Rai in 2007. This couple became so famous, that they were started being termed as the supercouple of Bollywood.

BOTY has created Abhishek Bachchan Movies list, where he has appeared in both leading and supporting roles. Browse this list and know a bit more about the movies of your favorite actor.