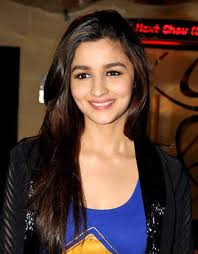 Alia Bhatt is one of the youngest & the most talented actors in Bollywood. She started her acting career with Karan Johar’s Student Of The Year in the year 2012. Out of all the Alia Bhatt Movies, most of them are super hits. In addition, there are many more upcoming movies in her kitty. Apart from acting, she has the talent of singing as well. Since all her works cannot be listed here, BOTY has created Alia Bhatt movies list where you can check out all her hits, flops & upcoming movies.

Alia Bhatt is the daughter of Bollywood's famous director-producer, Mahesh Bhatt. The actress made her debut in the year 2012 with the blockbuster Student Of The Year. The list of Alia Bhatt movies contains both the hits & flops. Although some of her movies don't work well at the box office, her acting skill & overall performance are always appreciated by the critics & the audience as well.

Apart from her acting talent, she is passionate about singing as well. Yes, you heard it right, like her movies, Alia Bhatt songs are also loved by her fans. She has sung many popular songs namely Samjhawan, Ik Kudi, Humsafar & many more. All these popular songs are from her own movies.

Since 2012, Alia Bhatt has worked in several films & many more upcoming movies are there in her kitty. BOTY has created a separate list of all her movies where you can check out your favorite ones.