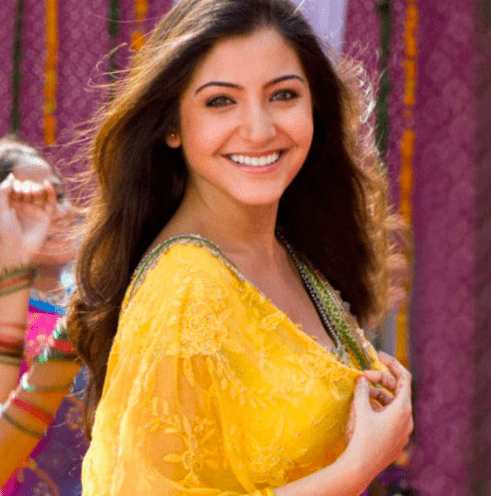 With her gorgeous looks and killer smile, Anushka has won millions of hearts. It would not be wrong to say that she is the ruler of hearts of mostly whole of India. Every time Anushka Sharma's new movie is released, people go crazy for it. And to show you her success, we bring you Anushka Sharma's all movies list which contains all her super hit movies till date.

Sharma is one of those fortunate actresses who has been launched by King Khan himself. She was seen opposite SRK in many films, starting from her first movie, Rab Ne Bana Di Jodi. And she does not even belong to any film background. Hence, SRK's support and her amazing acting skills made her one of the successful actresses of today. Anushka Sharma hit movies list includes Band Baaja Baarat, Jab Tak Hai Jaan, PK, Sultan and many more.

Where her on-screen Jodi with is are doing wonders, her real-life Jodi, Anushka Sharma - Virat Kohli has also been very sizzling. Anushka Sharma hot avatar has not only captivated million people but has also won the popular cricketer, Virat Kohli. After dating for quite a long time, the duo tied knots finally settling happily in their married life.

It has been over a decade now since she is in the film industry. And Anushka Sharma age seems to have just stopped at 1 level. She looks ever so charming every time. In addition, her acting skills have also won her numerous awards at all levels. Most of her movies have met huge success at the box office.

To top it up, the actress has even started her own production house, going with the name 'Clean Slate Films'. Her 1st home production was NH10, which received great appreciation from critics and people. Some of her other home productions include Phillauri and Pari, which have also been liked by the audience a lot.

So, let's have a look at complete Anushka Sharma movies list. Along with the movies list, we also bring you some amazing Anushka's photos which you are going to love.