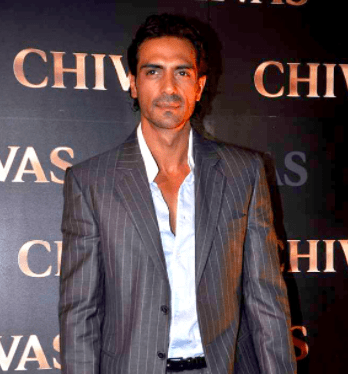 Arjun is highly lauded for his good looks. Before entering into the film industry, he was a Super Model. Even though most of the Arjun Rampal Movies fail at the box office, he is highly acclaimed for his brilliant performance in all his movies. Below is the list of all his movies till date, and many more upcoming movies.

Arjun started his modeling career at the age of 17. Soon, he became the supermodel and hence, entered the film industry. Arjun has most of the times been credit as the most handsome personalities in India. And he has a huge cult following because of his good looks.

But his good looks alone could not help him in his Bollywood career. His debut movie, Pyaar Ishq Aur Mohabbat, failed to perform at the box office. But he was largely praised for his performance. Most of the Arjun Rampal movies were flop during the 90s and early 2000s. These included Dil Hai Tumhaara, Dil Ka Rishta, Deewanapan, Vaada, and many more. Even though they were flops, these movies were some of the brilliant films of Arjun's career. His acting and looks were critically acclaimed by everybody.

Arjun started rising when he did a supporting role in Don, 2006. Since then, his negative or supporting roles won him more awards and success at the box office. Some of the hits of Arjun Rampal are Rock On, Housefull, Om Shanti Om and so on.

BOTY has created Arjun Rampal Movies list, where you will find all his hits and flops ever since the start of his career.