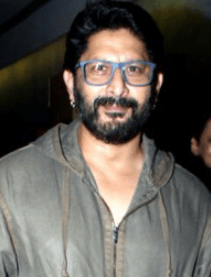 Arshad Warsi is best known for his comic roles in movies like Munna Bhai M.B.B.S, Lage Raho Munna Bhai & Golmaal series. He made his debut with a 1996 hit film, Tere Mere Sapne. To know more about Arshad Warsi Movies, check out BOTY which has created a complete list of his films. Find out your favorite ones.

Ishquiya, Dedh Ishquiya, Munna Bhai M.B.B.S, Lage Raho Munna Bhai & Golmaal series are the most notable Arshad Warsi Movies. In Bollywood, he is famous for his comic & supporting roles. Since the very starting of his acting career, he gained popularity in the industry.

Furthermore, he got several films as his performance impressed the makers of the industry. In the year 2003, his role of Circuit in Sanjay Dutt starrer Munna Bhai M.B.B.S was so much appreciated by the audience that his fans gave him the name Circuit bhai.

Apart from this, all his other roles in several movies were also appreciated by the audience as well as the makers. BOTY has generated a separate column for Arshad Warsi Movies which includes the list of all his films.