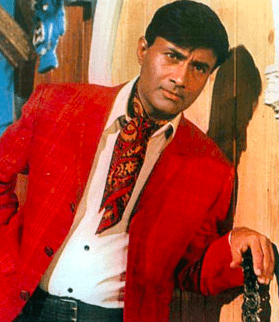 Featuring in more than 100 movies over 5 decades, Dev Anand remains the favorite star of most of the people around that era. Dev Anand Movies were super hits, owing to his confidence and beautiful smile. Even after his death, he is fondly remembered everywhere. Below is the list of some of the best Dev Anand movies till date.

Dev Anand started his career opposite a popular actress, Suraiya. For few years, he featured with her only, in women-centric movies. And during that time, they had a very strong emotional love affair. But due to religious differences, their marriage could not happen and Dev Anand did not work with Suraiya again. Some of the popular Dev Anand Movies along with Suraiya were Vidya, Jeet, Afsar, and Do Sitaare.

Post that period, he got a massive opportunity to act as the main lead in Bombay Talkies production, Ziddi. This movie saw Kishore Kumar and Lata Mangeshkar pairing up for the very 1st time, for the song Yeh Kaun Aaya Karke Yeh Sola Singhar. The movie was a great success and henceforth, Dev Anand all movies picked up fame.

Some of the super hits of Dev Anand's career include Baazi, Taxi Driver, Pocket Maar, Kala Pani and so on. His rapid-fire dialog delivery and the nodding style became iconic. Even today, Dev Anand is recalled from his nodding style only.

Dev Anand is an actor from Black and White era. Since then, his craze has only increased, instead of reducing. He has done several movies with a variety of actors. Among those, the trio of Dilip Kumar, Raj Kapoor, and Dev Anand ruled the movie industry for quite a long time.

BOTY has created Dev Anand Movies List, consisting of some of the best hits of the actor. Check the list and watch him all over again in his epic nodding style.