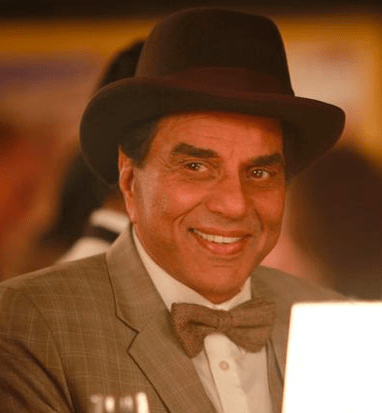 The Action King of Bollywood, Dharmendra has been the megastar of the 60s to 80s. Dharmendra movies won him several awards for the best actor. In addition, he has also been voted as one of the most handsome actors of the 70s. Because of his action-packed roles, lovingly people also call him the He-Man of Bollywood. BOTY has prepared Dharmendra all movies list, where you can find all his hits and flops ever since he entered this industry.

Dharmendra has achieved a lot of name and fame throughout his life. He has done several blockbuster movies for which he has also received many awards. Dharmendra movies have been a constant source of entertainment for people of that era. Some of his top blockbusters include Yaadon Ki Baarat, Phool Aur Patthar, Seeta Aur Geeta, Dharam Veer and many more.

He has also been highly criticized because of his personal life. He converted to Islam in order to marry Hema Malini. In fact, Hema was supposed to marry Jeetendra when he brought her back from her wedding ceremony. Because of this action, he was severely criticized. He then joined politics. But in parliament also, he was hardly making his presence because of which he was again in bad news by the media.

Whatever his personal life is, he has been a doting father to all his children. He has been a superb actor of 60s to 80s. His on-screen chemistry with Hema Malini is much loved by the audience. Also, his chemistry with male co-actors like Amitabh Bachchan is greatly adored.

He has worked with several actors and directors in his life. And hence, Dharmendra all movies have been diverse and hits. BOTY has created Dharmendra movies list where you can find out a lot about his movies.