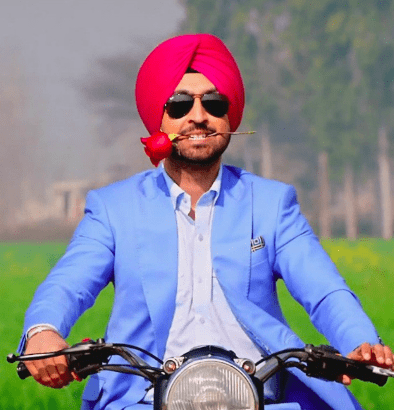 Diljit is a very popular singer all over the world. Along with that, he is also a well-established actor. Diljit Dosanjh Movies have always been a treat to watch. Most of his films cater to the comedy genre. Hence, they are immensely loved by people all over. He does not belong to any entertainment background, yet, he has carved a name for himself everywhere.

Diljit started out as a Punjabi singer when he was just 16 years of age. His first album was Ishq Da Uda Ada, released in 2000. For 10 years, he focused on singing only and gained immense popularity. Diljit Dosanjh songs soon became a craze among people and very successful party numbers. Some of his popular tracks are Proper Patola, Laembadgini, Raat Di Gedi, 5 Taara, Veer Vaar and many more.

In 2010, Diljit moved to acting with his 1st Punjabi movie, Mel Karade Rabba. In this movie, Dosanjh had only a short guest appearance. His debut movie as the main lead was The Lion Of Punjab, released in 2011. The movie was a huge disaster at the box office.

But soon Diljit Dosanjh movies started turning super hits after his comedy release, Jatt & Juliet. This movie was a record-breaking Punjabi film made till date. Some of the other comedy movies by singer-actor are Jatt & Juliet 2, Super Singh, Sardaarji, Sardaarji 2, and many more.

Post this, he featured in many more Bollywood movies like Phillauri and Welcome to New York. With sailing in both Punjabi and Bollywood industries, Dosanjh soon became a household name.

BOTY has created all Diljit Dosanjh Movies List, consisting of his all-time hits and flops.We will keep adding Diljit Dosanjh's new movie to this list whenever we will get any small information about his upcoming releases.