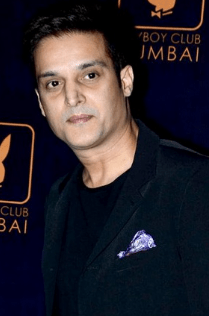 Jimmy Shergill is one of those actors who are equally famous in Hindi as well as Punjabi film industry. The actor started his career in 1996 with the Bollywood film, Maachis. After doing so many Hindi films, he tried his luck in Punjabi films in the year 2005. Since all his films cannot be listed here, BOTY has created a column for Jimmy Shergill Movies which has the list of his Hindi & Punjabi movies.

Jimmy Shergill hails from the family of landowners of Punjab who has no connection with Bollywood. Despite this fact, Jimmy Shergill has managed to become a known name in the film industry. Though in Bollywood, he has done numerous films but mostly he appeared in the supporting roles. Mere Yaar KI Shaadi Hai, Dil Hai Tumhara, Mohabbatein are all Jimmy Shergill movies in which the actor shared space with the Superstars of Bollywood.

Apart from his professional life, his personal life is well established as well. The actor has tied knots with his longtime girlfriend, Priyanka Puri in the year 2001 before entering the Punjabi film industry.

To know more about Jimmy Shergill movies, go to BOTY where a separate list of all his films, both Punjabi & Hindi movies has been created. Find out your favorite ones.