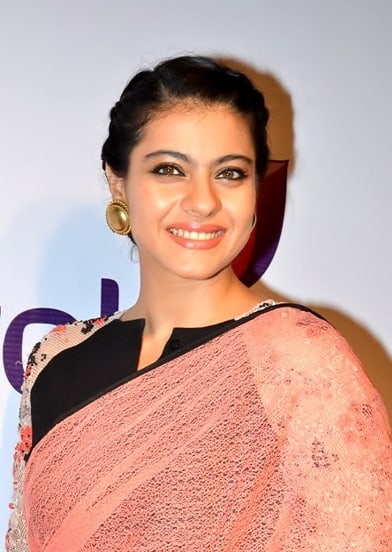 Kajol was one of the leading actresses of 90’s. She has given several hits with SRK. Baazigar, Dilwale Dulhaniya Le Jayenge, Kuch Kuch Hota Hai are some of her notable super hits with Shah Rukh Khan. To know more about Kajol Movies, check out BOTY which has generated a separate list of all her films. Find out your favorite ones.

Following her family's legacy, Kajol became one of the most talented actresses in Bollywood. Kajol is the daughter of the legendary actress, Tanuja. The actress made her debut in acting with the film Bekhudi in the year 1992. Although this film failed to work at the box office, her performance was immensely appreciated by the critics.

Her second release, Baazigar became her first super hit film which featured SRK opposite her. This was one of the most successful films of 1993. With this, her pair with SRK became the most adorable one. Further, the filmmakers made several movies with Kajol & SRK as lead.

Apart from SRK, there are several hits with Ajay Devgan too. Pyaar To Hona Hi Tha, Gundaraj, Dil Kya Kare & Ishq are some of their notable films. Well, Kajol is happily married to her co-star Ajay Devgan. They rock in their real life just like they rocked on the screen.

To know more about Kajol movies, checkout BOTY which has created a special column for all her movies. It includes the list of all her hits & flops.