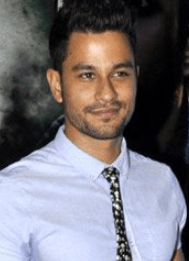 In Bollywood, Kunal Khemu is famous for acting in Rohit Shetty’s Golmaal series. At a very early age, he entered Bollywood as a child actor & performed in several super hits like Raja Hindustani & Tamanna. BOTY has prepared a separate column for Kunal Khemu Movies which includes the list of all his films.

At a very early age, Kunal Khemu entered the Hindi film industry as the child actor. In the year 2005, the actor made his debut as an adult actor with Mohit Suri's Kalyug. Further, Dhol, Bhaag Johnny, Golmaal series & many more are all Kunal Khemu movies.

We can say that Kunal was the leading child actor during 90's. As a child actor, he made his debut with the film 'Sir' in 1993. Further, it was followed by Hum Hain Rahi Pyar Ke, Naraaz, Raja Hindustani & many more movies. His performance in Aamir Khan & Karishma Kapoor starrer Raja Hindustani was immensely appreciated.

Apart from movies, let's talk about his real-life as well. In the year 2014, he got married to the love of his life, Soha Ali Khan & became the brother-in-law of the superstar Saif Ali Khan. He continued working in films post his marriage. To know more about Kunal Khemu movies, go to BOTY where a separate list of all his films has been prepared.