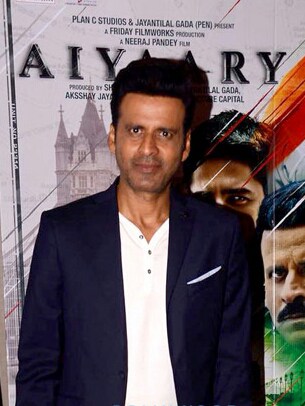 Manoj Bajpayee Movies enjoy a special place in the Indian cinema. The actor has worked in several Hindi, Telugu, and Tamil movies in his career. He is very passionate about his acting and wanted to become an actor since his childhood age. Manoj struggled a lot before making his entry into the film industry. It is due to his superb acting that he is loved by a huge number of audience and his fans eagerly wait for his new movie. He has done a complete justice to every role in his films and has received many accolades for his quality acting.

Manoj Bajpayee entered into the film world through National Scool of Drama. He faced a lot of struggles to make his entry into NSD and got rejected four times in his attempts. However, it was his passion for the acting that boosted Manoj's morale and he emerged victorious during his days of struggle.

He started his career with the short role in the movies, Drohkaal, and Bandit Queen. After a series of failures on the big screens, he came into notice due to his remarkable performance in the movie, Satya.

The actor was initially famous for playing the negative roles and later shifted to the character of a cop in various films. His popularity can be judged from the fact that even though the movie fails to impress, the audience and the critics appreciate his acting.

Some of the famous movies in which he has acted in his life are Shool, Kaun, Gangs of Wasseypur, Chakravyuh, Special 26, Aligarh, Rajneeti, Pinjar, Aiyaary, to name a few. It is his dialogue delivery style and lively expressions that gains the attention of the audience in the theaters. One of his famous dialogue from the movie Raajneeti is "Karaara Jawaab Milega".