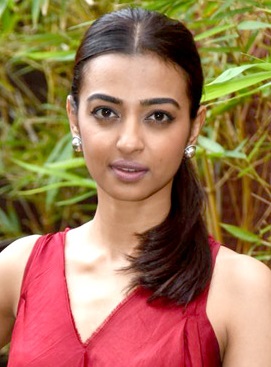 Radhika Apte worked as a theatre artist in the beginning years of her film career. She has worked in Hindi, Tamil, Telugu, Malayalam, Bengali, and Marathi film industry. Apte made her debut with the Bengali movie, Antaheen and worked in the first Malayalam film namely, Samaantar. Radhika Apte movies show how talented actress she is and it also throws light on the easiness with which he plays her role in the films.

Radhika Apte has an experience of working in a variety of film industries and given many popular releases in the theatres. In the Bollywood, she has appeared in the movies namely, Badlapur, Hunterrr, Manjhi - The Mountain Man, Phobia, Padman, and Parched. For the movie, Padman, she received applause from the critics as well as the audience.

She is not only an excellent actress but also a wonderful dancer. Radhika stepped into the acting field with a small role in the Hindi film, Vaah! Life Ho Toh Aisi. Later, she got many opportunities as a supporting actor and she played her role extremely well on the big screen.

Radhika Apte is one of the actresses who has worked in multi-language films. In the year 2014, she was highly praised for appearing in 9 films from different languages. Radhika is really an inspiration for the young female actresses as she has established herself despite being from a non-filmy background.