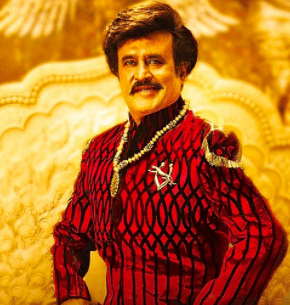 Rajinikanth is undoubtedly the Superstar of entire South Movie Industry. And he is popular among the people as Amitabh Bachchan of South cinema. Rajinikanth movies are full of entertainment, whether they are action, comedy or romance. And because of his perfection in movies, he is even the highest paid South cinema actor.

Even after 60 years of age, he is appearing as the lead actor in all his movies. Such is the stardom and popularity of this superstar that people are not willing to see him in any other role. Rajinikanth movies are generally the highest grossers of Tamil and Telugu cinema, both. People love watching them again and again.

Rajinikanth has done movies in many languages. While Tamil is his native language, he is also a popular actor in Telugu, Hindi, and Kannada movie industries. He made his Bollywood debut with Andha Kanoon. And the movie was a blockbuster. Some of Rajinikanth's popular movies include Sivaji, Enthiran, Kabali, Lingaa, and a lot more.

Along with being an actor, Rajinikanth has established his own political party as well. While on one hand, he is carrying out his party works, on the other hand, many more movies are lined up for their release.

BOTY has created Rajinikanth Movies list, consisting of most of his super hit Tamil, Telugu, and Hindi movies till date. Check out the list and know some more about your favorite actor.