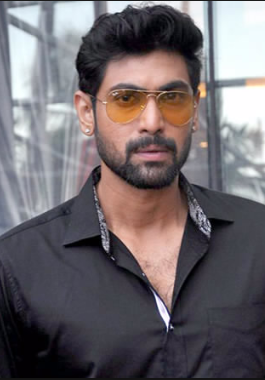 Rana Daggubati is an Indian actor who has worked in Telugu, Tamil, and Hindi cinema. Apart from appearing as an actor in the movies, Rana has also made his name as a producer, visual-effects coordinator, and photographer in many of his projects. Rana Daggubati movies appeal to a vast number of audience and do an excellent business in the theatres.

Before getting a huge fame as an antagonist in the blockbuster movie, Baahubali, he worked in many films in different industries. Rana Daggubatti started his career with the Telugu blockbuster movie, Leader and he received Filmfare award for best male debut in the South film industry. He stepped into the Hindi film industry with the movie, Dum Maaro Dum and was appreciated for his acting in the movie.

The dedication of the actor can be judged from the fact that he is blind from one eye and had never revealed this secret to anyone until the release of Bahubali 2: The Conclusion. Due to his birth in the family background, he developed an interest in acting and hence pursued his career in the same field.