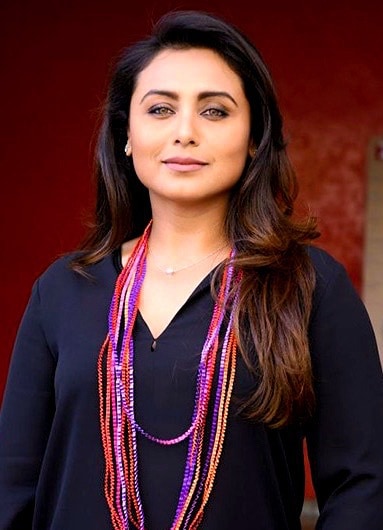 Born in the film family, Rani Mukerji is a talented actress in the Indian film industry. She has given many hits in her film career spanning two decades. Rani Mukerji has played many challenging roles and won many accolades for her splendid performance. She has shared the screen with several famous actors of Bollywood and learned a lot of essential details of acting in their company.

Rani Mukerji has been working in the Indian cinema for the last 21 years and has played many challenging roles in her films. From being a housewife to a cop, she has done full justice to every role. Rani Mukerji movies have always received a positive response at the box office because of her superb performance on the big screen.

Rani began her career in the year 1997 with the movie "Raja Ki Aayegi Baarat". She was lauded for her splendid work in the film and got many opportunities due to this performance. In the movie "Ghulam", she gained fame for her new avatar and got popular as "Khandala Girl". Then Rani was cast in Karan Johar's debut film, Kuch Kuch Hota Hai, which turned out to be a commercially successful film of her career.

Thereafter, she underwent a phase of failure and worked in also received short roles in many films. However, she made a strong comeback with her performance in the movie "Saathiya". Rani Mukerji formed a part of many successful films namely Chalte Chalte, Yuva, Veer-Zaara, Kabhi Alvida Naa Kehna, and Talaash.

Rani took a break from film world to focus on her personal life and made a comeback with the women-centric movie Hichki. The film earned decently and everyone appreciated Rani's performance as a school teacher.