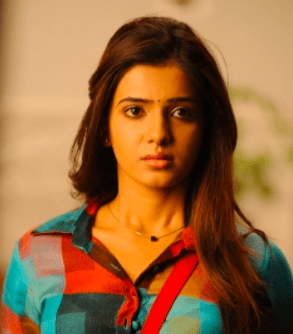 Now Samantha Akkineni, she is one of the gorgeous and most talented South Indian actresses. Samantha is known for her prominent works in Tamil and Telugu film industry. Starting her career in 2010, she has become one of the popular actresses of South. Below is Samantha Ruth Prabhu Movies List, consisting of all her hits and flops.

Samantha Ruth Prabhu movies are popular in Tamil and Telugu, both. Making her debut in 2010, she has become one of the top preferred actresses of today. But this was not what she wanted to become from forever.

Samantha had been a very intelligent commerce student. But due to some financial troubles, she took up modeling as her career and soon entered the world of acting. In 2017, she married her fellow co-actor Naga Chaitanya, son of popular Telugu star, Nagarjuna Akkineni.

Some of the popular Samantha Movies are Eega, Dookudu, Mersal, and many more. She is more preferably known for her romantic roles in the movies. And people love watching her in that character of cute next door girl.

She is one of those actresses, who can speak both Tamil and Telugu fluently. Because of that, she is popular in both film industries. BOTY has created Samantha Ruth Prabhu Movies list, consisting of all her hits and flops since the start of her career.