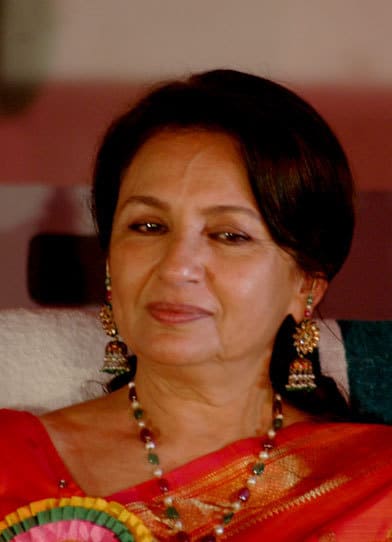 Sharmila Tagore, the mother of famous actors, Saif Ali Khan and Soha Ali Khan, is a veteran actress of Indian cinema. She has contributed to the film industry as an actor as well as a leader in Indian Film Censor Board. The beautiful actress is a recipient of many accolades and was also awarded Padma Shri by Govt of India for her notable work in the Hindi cinema.

Sharmila Tagore has mainly worked as an actress in the Hindi and Bengali films. She made her debut with the Bengali film, Apur Sansar in 1959. She was one of the glamorous actresses of her time and has paired with many famous actors namely, Rajesh Khanna, Amitabh Bachchan, Sanjeev Kumar, and Dharmendra. Sharmila Tagore movies received positive reviews from the audience and collected a humongous amount at the box office.

Mrs. Tagore received most of his success while working with the actor, Rajesh Khanna. Some of her box-office hits with the actor were Aradhana, Safar, Amar Prem, Chhoti Bahu, Daag, Raja Rani and Avishkaar.

Apart from working in films in her younger days, Sharmila Tagore also appeared in many films of today's time. She has delivered exceptional performances in her recent movies namely, Break Ke Baad, Samaantar, Morning Walk, and many more.

BOTY has prepared a list of Sharmila Tagore all movies. In this collection, all the hits and flops of the actress are given. Check the box office performance of all her movies from the list and let us know if we missed any movie of the actress.