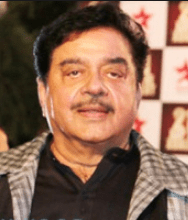 Shatrughan Sinha was one of the leading superstars of the era of 70’s & the 80’s. Not only his roles but also the dialogues delivered by him were effective. One of his dialogues, ‘Khamosh’ is still a punchline. Among his fans, he is commonly known as Shotgun. To know more about Shatrughan Sinha Movies, check out BOTY where a separate list of all his films has been created.

During the 70's & the 80's, Shatrughan Sinha was one of the leading actors in Bollywood who was basically famous for his supporting roles. Betaaj Badshah, Aulad Ke Dushman, Agnee Prem, Aan - Men At Work are all Shatrughan Sinha movies.

In Bollywood, Sinha is commonly known as Shotgun. Not only his roles but also his dialogues are iconic. One of his dialogues, 'Khamosh' is still a punchline. It was so effective that a biography entitled 'Anything But Khamosh' was released in the year 2016.

Apart from him, his daughter Sonakshi Sinha is also the famous Superstar of Bollywood following her father's legacy. Also, his better-half, Poonam Sinha was an actress. He has appeared in many films with her.

Furthermore, in a career span of almost 50 years, Sinha has appeared in more than hundred films. BOTY has created a column for Shatrughan Sinha Movies which includes the list of all his hits & flops.