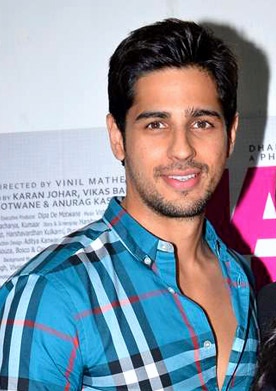 Sidharth Malhotra is a Bollywood actor who is immensely popular among people for his work. He has established himself as one of the successful actors in the Indian film industry. Sidharth Malhotra movies have always managed to make their place in the hearts of the people. Also, he is an excellent dancer and has impressed everyone with his dancing skills.

Sidharth Malhotra movies list contains a wide variety of genres and this shows the experimental nature of the actor. He started his career as a model and became successful easily because of his glamorous personality. Sidharth was not satisfied in the modeling world which led him to dive into the acting field.

The actor started his career with the 2012 comedy-drama film, Student of the year. Sidharth's career got a kickstart because of the excellent performance in the movie. Later, he got more offers in the movies namely, Hasee Toh Phasee, Ek Villain, and Kapoor & Sons. Hasee Toh Phasee received moderated success in the theatres but the latter two, Ek Villain, as well as Kapoor & Sons, succeed in earning a great amount at the box office.

After the few successful films in the beginning years of his career, he faced a lot of struggle in impressing the audience with his work on the screen. His movies namely, Baar Baar Dekho, A Gentleman, Brothers, Aiyaary could manage to earn well at the box office and declared flop films.