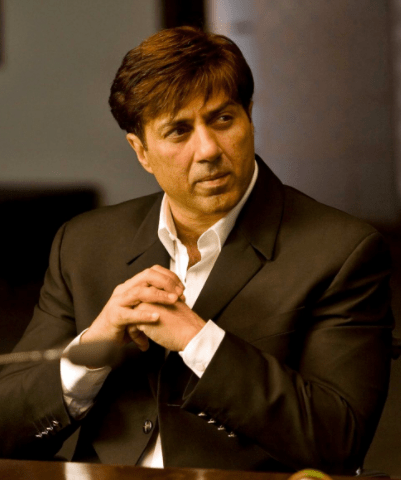 Son of Dharmendra, and step-son of Hema Malini, no wonder Sunny Deol is a household name. He has devoted more than 3 decades to Bollywood. And some of the Sunny Deol Movies like Gadar Ek Prem Katha have been huge blockbusters at the box office.

Sunny Deol Movies are generally packed with solid punches and action. And people love seeing him in such roles. The actor has even tried his hand at comedy with movies like Poster Boys and Yamla Pagla Deewana. But they failed to perform at the box office. Hence proving, he is the action king of Bollywood. More than at any other place, he has a huge fan base from Punjab.

Sunny Deol's first movie was Betaab, which was a romantic movie. After this, he went on to give power powered movies. And soon he became the face of action cinema for nearly 2 and a half decades.

Along with his action, people are a fan of one more thing. Yes, we are talking about his dialogues and punch lines. The most famous Sunny Deol dialogue is "Yeh dhai kilo ka haath jab kisipe padtha hai na, toh aadmi ut-tha nahi uthh jaata hai. " These dialogues make his movies even more interesting.

Some of the superhits by the actor include Ghayal, Damini, Ghatak, Border and many more. Listing all the movies here will not be possible. Hence, BOTY has created Sunny Deol movies list, where you can check out all movies by your favorite actor. Through this list, we bring you all his previous hits and flops as well as the Sunny Deol upcoming movies. You can check out about his new movie here in the list.