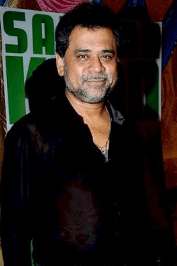 Anees Bazmee was one of the leading film scriptwriters of 90’s. He made his directorial debut with Hulchul in the year 1995 starring Kajol & Ajay Devgan. His 1998 release Pyaar To Hona Hi Tha with the same stars was one one of the biggest hits of that year. Furthermore, he is best known for his comedy films like No Entry, Ready, Welcome, Singh is Kinng & many more. BOTY a created a column for Anees Bazmee movies which includes the list of all his movies.

Bollywood's most loved comedy movies Ready, Welcome, Welcome Back, No Entry, Singh is Kinng etc are all Anees Bazmee movies. His film No Entry was the biggest hit of the year 2005. It was a multi starrer which earned over 430 million.

Apart from being a famous director, Anees Bazmee was one of the leading scriptwriters of 90's. Initially, he started his career as a dialogue writer for the film, Hum Farishte Hain. Later, he became the writer for David Dhawan's Swarg in the year 1990.

Furthermore, Anees made his directorial debut in 1995 with Hulchul which couldn't do well at the Box Office. His second directorial, Pyaar To Hona Hi Tha became his first blockbuster of the year 1998. Later, he made many superhits. BOTY has created a list of Anees Bazmee movies which includes the list of all his movies.