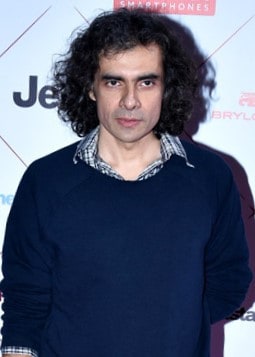 Imtiaz Ali is one of the finest directors of Bollywood who is best known for his movies such as Rockstar, Jab We Met, Tamasha & Highway. He made his directorial debut in the year 2005 with Socha Na Tha which didn’t work too well at the box office. His further releases gave his enormous popularity. BOTY has created a separate column for Imtiaz Ali Movies which includes the list of all his films.

Jab We Met, Rockstar & Love Aj Kal are the some notable Imtiaz Ali Movies. While his 2007 release Jab We Met crossed Rs 50 crores worldwide, the 2011 release Rockstar collected over Rs 100 crores in the overseas market. It featured Ranbir Kapoor in the lead role & became one of the highest-grosser of that year.

Imtiaz Ali made his directorial debut with the film, Socha Na Tha in 2005. It was a moderately successful film. Further, he made many more movies which gave him enormous popularity & soon he became a renowned name of the Hindi film industry.

Before entering Bollywood, Imtiaz used to direct TV series. He has directed serials like Kurukshetra & Imtihaan. After the success these shows, he moved on to try his luck in Bollywood as well.

To know more about Imtiaz Ali movies, check out BOTY where a separate list of all his films has been created. Find out your favorite ones.