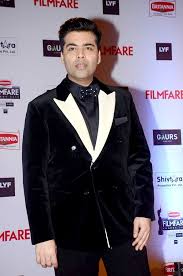 Karan Johar is one of the most promising directors of the Hindi film industry. Apart from being a famous director, he is a film producer as well. Johar has directed & produced the best films of Bollywood. Johar made his directorial debut in 1998 with Kuch Kuch Hota Hai which was a blockbuster. Since then. he has directed & produced several movies. BOTY has created a special column for Karan Johar Movies which includes the list of all old & new Bollywood movies by him.

Karan Johar is born to a famous producer, Yash Johar who is the founder of Dharma Productions. KJo is a leading director & producer as well. Most of the Karan Johar Movies are youth-oriented which have an amazing college campus love story in it.

Although Johar made his directorial debut with the blockbuster, Kuch Kuch Hota Hai in the year 1998, he has earlier worked with Aditya Chopra as his assistant director for the super hit, Dilwale Dulhaniya Le Jayenge in the year, 1995.

Apart from his professional life, his personal life also makes the headlines. Karan Johar is always in the limelight due to his marital status. Since he is unmarried, every other people from media pokes him for the same. In addition, Johar is blessed with twins, Yash & Roohi through surrogacy.

Furthermore, he has written his own autobiography. The name of this book is An Unsuitable Boy. This book contains all the important information regarding him since his childhood. Along with this, that book also includes stories about some special films of his career.

BOTY has created a list of all his old & new Bollywood movies. Check out your favorite ones.