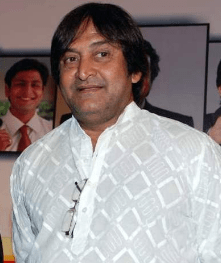 Mahesh Manjrekar is best known for movies such as Vaastav: The Reality, Astitva, Jis Desh Mein Ganga Rehta Hai & many more. He has directed some of the best superstars of Bollywood like Sanjay Dutt, Tabu, Govinda etc. To know more about his works, check out BOTY where a separate list of Mahesh Manjrekar Movies has been created.

Manjrekar is an Indian film director & producer who made his debut both as an actor & as a director in the year 1999. Vaatsav: The Reality, Astitva, Nidaan, Jis Desh Me Ganga Rehta Hai, Vah! Life Ho To Aisi are all Mahesh Majrekar movies.

Furthermore, he has appeared as an antagonist in many superhits. His character as Balli in Kaante, Ganpat in Run, Lukka in Musafir, Chappu Bhai in Jawani Diwani & Inspector Talpade in Wanted are some of his best roles.

Furthermore, the director has experience in working on some Telugu & Marathi movies as well. BOTY has created a full list of Mahesh Manjrekar movies which includes all his works. Check out your favorite ones.