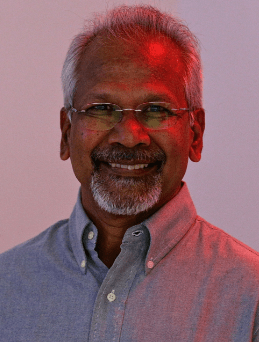 In Bollywood, Mani Ratnam is best known for movies such as Dil Se…, Roja, Bombay, Raavan & Guru. He works predominantly for the South Indian film industry, especially for the Tamil films. BOTY has generated a column for Mani Ratnam Movies which includes all his Hindi as well as Tamil films. Find out your favorite ones.

Mani Ratnam is one of the leading directors of the Tamil film industry who is popular for his Hindi films as well. The director made his debut with a Kannada film, Pallavi Anu Pallavi in the year 1983. Further, Mouna Ragam, Thalapathi, Guru, Roja, Dil Se... are some notable Mani Ratnam movies.

Initially, Mani Ratnam never thought of making his career in films. Later, he somehow entered the film industry & very soon became one of the renowned names in the industry. Also, it was not easy for him to establish himself. The director gained popularity after the release of his fifth Tamil film, Mouna Ragam in the year 1983.

In the year 1998, the director entered Bollywood with SRK starrer Dil Se... It was one of the hits of that year. To know more about Mani Ratnam movies, check out BOTY where a full list of his films has been created.