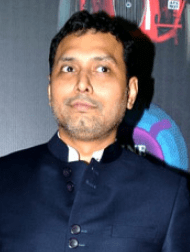 Neeraj Pandey is a well-known director, producer & screenwriter who is best known for films like Special 26, Baby & M.S. Dhoni: The Untold Story. He made his directorial debut in 2008 with the film, A Wednesday. BOTY has created a column for Neeraj Pandey Movies which has the list of all his films.

In Bollywood, Neeraj is best known for directing patriotic thrillers. A Wednesday, Baby, Special 26 etc are all Neeraj Pandey movies. The director made his debut in 2008 with A Wednesday. It was one of the hits of that year. His further release Special 26 was one of the super hits of 2013. It collected around Rs 70 crores in the domestic market & over Rs 100 crores worldwide.

In the year 2016, he came up with a biographical film based on the life of famous cricketer, M.S. Dhoni. It was titled as M.S. Dhoni: The Untold Story. This film was one of the biggest hits of that year which easily crossed over Rs 100 crores domestically & Rs 200 crores worldwide.

Furthermore, he is a well-known producer & a screenplay writer as well. The director has been the writer & producer of many of his own films. To know more about Neeraj Pandey movies, check out the list prepared on BOTY.