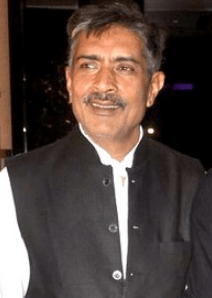 Prakash Jha is one of the leading directors in Bollywood who is commonly famous for the films like Mrityudand, Gangaajal, Apaharan, Raajneeti, Aarakshan, Satyagraha & many more. Almost all his films are based on social & political issues. Since all the titles cannot be listed here, BOTY has generated a special column for Prakash Jha Movies which has the list of all his films. Find out your favorite ones.

In Bollywood, Prakash Jha is famous for making political & social-politics films. Gangaajal, Apaharan, Mrityudand, Damul are all Prakash Jha movies. The director has made many successful multi starrer films like Raajneeti, Aarakshan, Chakravyuh & Satyagraha. Even this movies are based on political & social issues.

Initially, he wanted to be a painter. The idea of film direction stroke into his mind after witnessing the shooting of Dharma. That day, he decided to enter the field of film direction & very soon he came up with many short documentaries. In 1975, the director released his first documentary, Under The Blue.

Later in the year 1984, he made his directorial debut in films with the film, Hip Hip Hurray which was scripted by Gulzar. Apart from being a director, Jha is also a film producer & screenwriter.

Furthermore, Jha has his own production company, Prakash Jha Productions which has produced numerous films. BOTY has created a list of Prakash Jha movies which includes all his movies.