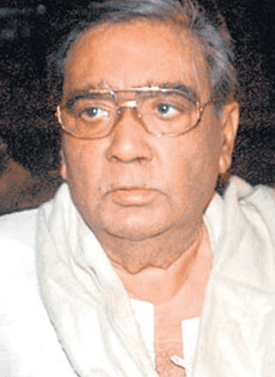 Prakash Mehra was one of the Pioneer of masala films like Lawaarish, Zanjeer, Namak Halaal, Sharabi & many more. Commonly, he was known as the Golden director of his time. Prakash made his directorial debut in the year 1968 with Haseena Maan Jayegi starring Shashi Kapoor. Furthermore, he has a chain of super hits with Amitabh Bachchan. BOTY has created a full list of Prakash Mehra Movies which includes all his blockbusters. Find out your favorite ones.

Being the Golden director of that time, Prakash Mehra has delivered several hits to the Hindi film industry. In the year 1968, he made his debut as a director with directing the legendary actor, Shashi Kapoor for Haseena Maan Jayegi. The director has delivered some best masala films to Bollywood. Zanjeer, Lawaarish, Sharabi are all Prakash Mehra movies.

Mehra was one of the Pioneer of masala films. He has worked with almost all the superstars of that time. Furthermore, in collaboration with Amitabh Bachchan, he has given several back to back hits like Khoon Pasina, Hera Pheri, Muqaddar Ka Sikander, Sharabi & many more.

His last directorial was Bal Brahmachari which failed both critically & commercially in the year 1996. The director launched veteran actor Raaj Kumar's son, Puru Raajkumar with this film.

BOTY has created a special column for Prakash Mehra movies which includes the list of all his films.