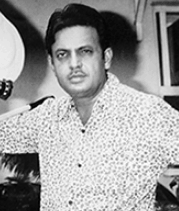 Ziddi, Jugnu, Azaad, Warrant, Dream Girl, Tumse Achcha Kaun Hai are all Pramod Chakravorty movies. He was one of the established filmmakers who has delivered more than 15 hit movies out of almost 20 films.

We can say that 4 out of 5 Pramod Chakravorty movies were hit. Well interestingly, the director has delivered only 4 flop films in his career. Apart from working with almost all the renowned actors of that time, he has made many movies featuring Hema Malini & Dharmendra together.

The director made his directorial debut in 1958 with the thriller 12 O'Clock. BOTY has created a separate list of Pramod Chakravorty Movies which includes the names of all his movies. Check out your favorite ones.