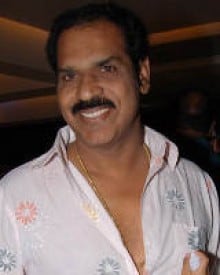 Raj Kapoor is one of the leading directors in the Tamil film industry. He is best known for his films such as Chinna Jameen, Seeman, Vallal, Aval Varuvala, Ramchandra & many more. Sine all his films cannot be listed here, BOTY has created a column for Raj Kapoor Movies which includes all his works. Check out your favorite ones.

Raj Kapoor is a famous Tamil film director & actor as well. Chinna Jameen, Seeman, Vallal, Aval Varuvala, Ramchandra etc are all Raj Kapoor movies. Apart from a film director, he is best known for his acting as a supporting actor. He has appeared in many films in the supporting roles.

We can say that he focuses equally on his acting skills. The director made his acting debut in a 1998 film, Thalaimurai. Since then, he has appeared in numerous Tamil films & some Malayalam films as well. His role in Ramachandra, Thalaimurai, Aadhi, Aaru & many more was immensely appreciated.

Raj made his directorial debut in the year, 1991 with Thalattu Ketkuthamma. To know more about Raj Kapoor Movies, go to BOTY which has created a separate list of his movies.