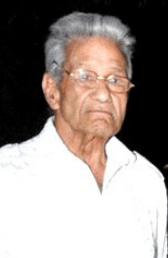 Rajkumar Kohli was best known for films like Nagin, Jaani Dushman, Raaj Tilak & many more. The director has not made much films in his career. BOTY has created a column for Rajkumar Kohli Movies which includes the list of his films. Check out to know more about his films.

Kohli made his directorial debut in the year 1972 with a moderately successful film, Gora Aur Kala. Further, he made some more films. Nagin, Muqabla, Jaani Dushman, Raaj Tilak etc are all Rajkumar Kohli movies.

In the year 1992, he directed an action-thriller Vidrohi which also marked the debut of his son, Armaan Kohli. Further, he made many more films with his son as the lead actor but somehow failed to make him a superstar.

Furthermore, Rajkumar Kohli has directed many leading actors of that time such as Dharmendra, Jeetendra, Shatrughan Sinha, Sunil Dutt & many more. Also, Kohli was into film production apart from direction. To know more about Rajkumar Kohli movies, go to BOTY where a separate list of all his films has been created.