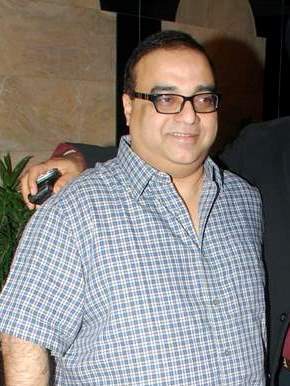 Rajkumar Santoshi is the most versatile directors & film writers in Bollywood. He has directed films in almost every genre. The director is best known for the films like Ghayal, Andaz Apna Apna, Lajja, Khakhee, Ajab Prem Ki Ghazab Kahani, Halla Bol & many more. In addition, he has written most of his movies. Since all his films cannot be listed here, BOTY has created a column for Rajkumar Santoshi Movies which includes the full list of his old & upcoming movies.

Rajkumar Santoshi is the son of a producer-director, P.L. Santoshi. Initially, he started his career as an assistant director. He was the assistant director of a 1982 film, Ardh Satya. Later, he made his directorial debut with the blockbuster Ghayal in the year 1990. Most of the Rajkumar Movies are either romantic-comedy or action-thriller.

Santoshi is the most versatile directors & writers in Bollywood. Most of his directorial such as Pukar, Andaz Apna Apna & many more are written by himself. Furthermore, the director has made a biographical film as well. In the year 2002, he made a biopic on the freedom fighter Bhagat Singh which was a grand success.

Since all his works cannot be listed here, BOTY has generated a separate column for Rajkumar Santoshi movies which includes the list of all his old & upcoming movies.