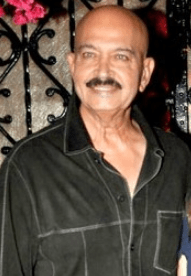 In Bollywood, Rakesh Roshan is best known for his movies such as Kaho Na Pyar Hai, Koi Mil Gaya & Krrish series. Before being a film director & producer, Roshan was an actor who was mainly famous for his supporting roles in big-budget movies. He made his directorial debut in the year 1987 with Khudgarz which became one of the most notable films of that year. To know more about Rakesh Roshan Movies, check out BOTY.

Rakesh Roshan is one of the most renowned film directors, producers & scriptwriters in the Hindi film industry. He made his directorial debut in the year 1987 with Khudgarz. Further, Kishen Knhaiya, Karan Arjun, Khoon Bhari Maang etc are all Rakesh Roshan movies.

Before entering the huge field of film direction & production, he was the leading actors during the era of 70's & 80's who was famous for his supporting roles along with the superstars Sanjeev Kapoor & Rajesh Khanna.

Furthermore, he launched his son, Hrithik Roshan in his 2000 directorial, Kaho Na Pyar Hai which was a major hit of that year. Further, Koi Mil Gaya & Krrish series was his scientific fictional films which also starred Hrithik Roshan in the lead role. These films gave him many awards & enormous success.

To know more about Rakesh Roshan movies, check out BOTY. It has created a full list of his films. Find out your favorite ones.