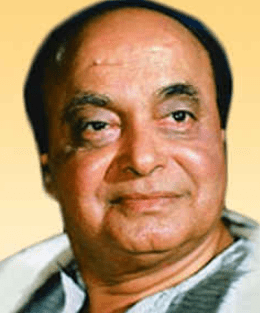 Ramanand Sagar was one of the popular directors of the Hindi film industry. He started his career as an assistant to Prithviraj Kapoor. Sagar made his directorial debut in the year 1953 with the film, Mehmaan. Further, he made many more films. BOTY has created a column for Ramanand Sagar Movies which has the full list of his films.

In the year 1949, Ramanand Sagar started his career as the screenwriter & dialogue writer of the film, Barsaat. He made his directorial debut with the film, Mehmaan in 1953. Further, Bazooband, Ghunghat, Zindagi, Arzoo, Aankhein, Charas, Salma are all Ramanand Sagar movies.

Apart from films, Sagar has been the director of many television series as well. In the year 1987, he directed one of the most famous series, Ramayana. Also, he was the writer & the producer of this show. Further, he made many more successful series like Alif Laila, Vikram Aur Baitaal, Luv Kush, Krishna & Sai Baba.

BOTY has generated a separate column for the director. To know more about Ramanand Sagar movies, go to the site & check out the full list of his films.