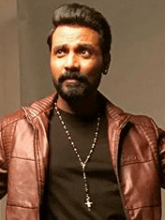 Remo D’Souza is a famous Bollywood choreographer turned director & producer. He made his directorial debut in the year 2011 with the film, F.A.L.T.U which was a moderate success. Further, he made films based on dance. BOTY has generated a separate column for Remo D’Souza Movies which includes the list of all his films.

Most of the Bollywood's dance-based films such as ABCD & ABCD 2 are Remo D'Souza movies. Also, ABCD is marked as the first 3D dance film which was released in 2013. Remo made his directorial debut in the year 2011 with a comedy-drama F.A.L.T.U. It was a moderate success.

Later, he came up with many more movies like ABCD series, A Flying Jatt, Race 3 etc which gave him enormous success in film direction. Remo is a great fan of a pop dancer, Michael Jackson which is the main reason for his inclination towards dancing & dance-based films. Also, he has been the judge of many renowned dance reality shows on television.

To know more about Remo D'Souza movies, check out the list created on BOTY. It includes the names of all his hits & flops. Find out your favorite ones.