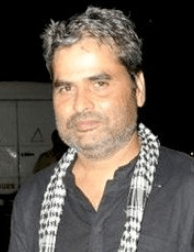 Vishal Bhardwaj is best known for movies such as Chachi 420, Kaminey, Haider, Rangoon, Omkara & many more. In Bollywood, he made his debut as a director with a horror thriller, Makdee in the year 2002. In addition, he is a famous music director as well who has given music to several films. Since all the movies cannot be listed here, BOTY has created a list of Vishal Bhardwaj Movies which includes all his hits & flops.

Vishal Bharadwaj is one of the leading film directors, producers & screenwriters of Bollywood. He made his directorial debut in the year 2002 with a horror thriller, Makdee. Furthermore, Kaminey, Chachi 420, Haider, Rangoon, Omkara etc are all Vishal Bharadwaj movies.

Also, he is one of the finest music directors in the industry. He became a renowned music director even before entering the field of film direction. In 1995, he composed music for a children's film, Abhay (The Fearless) for the first time. Later, his was highly appreciated for his music in 1996 release, Maachish.

To know more about Vishal Bharadwaj Movies, check out the full list created by BOTY & find out your favorite movies.