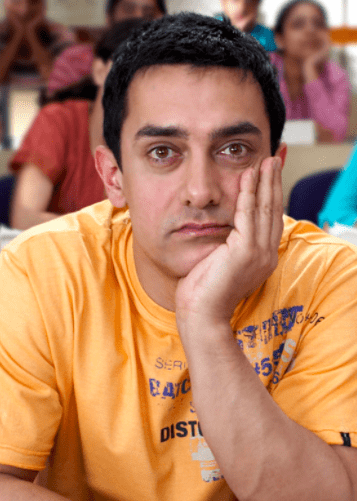 Aamir Khan, popularly known as Mr. Perfectionist, is not just the Bollywood actor, but a director, producer, and television show talk host as well. He has given over 4 decades of his life to Bollywood. His movies are back to back hits at the box office. Check out Aamir Khan Movies List of all time.

Aamir Khan is known for justifying each and every character he has worked on. There is a reason that we see very few films of Aamir Khan. He spends more than 6 months, and often a year to get into the mindset and physical shape of the character he is going to portray.

For example, to prepare for his movie Dangal, he has spent sleepless nights only to watch the desi wrestling matches on television. He even gained 25 Kgs to fit into the character of Mahavir Singh. But on his immediate next birthday, he was seen in a fit avatar. He lost 25 Kgs in 25 weeks to show the younger version of the wrestler. His efforts showed when it became the highest grossing Indian Movie worldwide.

Undoubtedly, he can go to any extent to fit perfectly into the skin of his characters. This Aamir Khan movies list give you a glimpse into the types of character he played over the 4 decades.

Aamir Khan started his Bollywood journey with an image of a chocolate boy. He went on experimenting with various roles and genres until his name got synonymous with perfectionism. And his this effort got paid off when he became the first Bollywood actor to receive Padma Shri award in 2003.

Not only that, he also became the only Bollywood actor to start various records. Aamir Khan's movies started various crore clubs that other movies these days follow. His movie Ghajini (2008) gave way to the starting of 100 Crore Club. Next came his movie 3 Idiots, in 2009, which started the 200 Crore Club. And then came PK (2014), which gave way to the 300 Crore club.

Various other movies that form a part of these clubs only followed the suit when Aamir Khan inaugurated it. He is one of the most amazing and neutral actors Bollywood has got so far. His movies are loved by everyone all over the world. So, check out the Aamir Khan Movies list and relive these movies all over again.