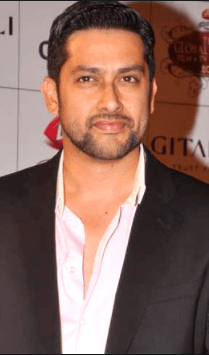 Aftab Shivdasani is a wonderful actor of Bollywood and has appeared in more than 40 films in his career. He started appearing in the Hindi cinema since his childhood days. Also, apart from being an excellent actor, Aftab is also a talented producer. The actor has worked in every type of role and has played a vital role in the success of many films.

After working in so many movies as a child artist, Aftab Shivdasani made his debut as an adult actor in the year 1999, with the movie, Mast. The film turned out to be hit and hence gave a kick-start to his film career. Then, he did full justice to a negative role in his next movie, Kasoor and gained laurels of the critics as well as the audience. Aftab Shivdasani movies have performed well on the big screen, and the actor has earned positive response for his work.

The actor has acted effortlessly in leading as well as in supporting role. Aftab has worked in many successful films and enjoys an excellent track-record at the box office. Some of the popular movies of the actor are Deewane Hue Paagal, Masti, 1920: Evil Returns, Kya Kool Hain Hum, Grand Masti, to name a few.

Not only does he work as an actor but also runs a production company, Rising Sun entertainment. He has also produced a couple of movies in his career. The names of the films are Aao Wish Karein and Santosh Mohanty.

BOTY has created a list of Aftab Shivdasani movies. Check out the list and see the collection details of all the famous movies of the actor.