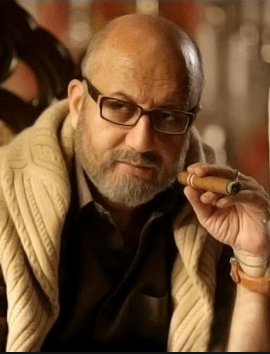 Anupam Kher is a veteran actor of Indian cinema and has made an immense contribution to its progress. He has been working in the Bollywood for the last 36 years and won many awards for his exceptional work. Not only in the Hindi films, Kher has also shown her talent in many International films and received praise for his acting in the film world.

Anupam Kher is known for playing villainous and comedy roles in the Hindi films. He has struggled a lot to achieve the place at which he is today. The actor has delivered many splendid performances in his lifetime and worked with numerous actors in the Indian film industry. Anupam Kher movies list shows that he has acted in a wide variety of roles and received accolades for her talented performances in the films.

He started his career in 1982 with the movie Aagman. In the starting years of her acting, he was popular as a villain in the films. But later on, he chose different roles and portrayed himself as a comedy actor on the big screens. Anupam Kher has not only acted in many popular movies but also formed a part of several critically acclaimed TV shows. Also, he has served as a head of National School of Drama and is a current chairman of FTII.

Anupam Kher has not only worked in Hindi and Marathi films but also formed a part in many international films. Some of her famous Hindi films are Karma, A Wednesday, Special 26, Naam Shabana, Kuch Kuch Hota Hai, Dil, to name a few. His negative role as Dr. Dang in the movie Karma gained a lot of appreciation at the box office.