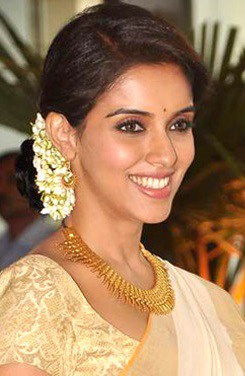 Asin was one of the finest actresses of Indian Cinema who prominently worked in Tamil & Telugu film industries. In Bollywood, she has appeared in films like Ghajini, Housefull 2, Ready, Khiladi 786 etc. BOTY has prepared a full list of Asin Movies which includes the names of all the movies.

In the year 2008, she made her debut in Hindi films with Ready. Basically, Ghajini was the Hindi remake of a Tamil film of the same name in which Asin herself was the lead actress. Even the director was same. For her performance in this film, she was immensely appreciated by the Hindi filmmakers.

In a very short span of time, she got paired with all the bigwigs of Bollywood such as with Aamir Khan in Ghajini, Salman Khan in Ready, Akshay Kumar in Khiladi 786 & many more. The 2015 release, All Is Well washer last film. After this, she got married to a businessman & left the film industry.

If you want to check all the movies she has done, go to BOTY where a special column for Asin movies has been created. It includes the list of all her films. Check out your favorite ones.