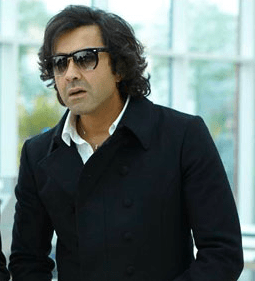 Bobby Deol is one of the popular names in Bollywood. He has given nearly 3 decades of his life to this film industry. And in his tenure, he has given many super hits. Most of his movies are thriller, which are highly loved by his fans. We have created Bobby Deol Movies list, consisting of all his movies since the 1990s.

Deol made an entry in the movie industry with 1995 film, Barsaat. He even won Filmfare Best Debut Award for that movie. Since then, Bobby Deol Movies have been appreciated and loved for his acting skills. He has won several awards in his life for his skillful acting.

Bobby Deol has mostly appeared in Thriller roles, such as Bichhoo, Badal, Soldier, and Jurm. All these movies were successful at the box office. But other than these also, he has done nearly all kinds of genres. He has appeared in multiple romantic movies like Humraaz and Barsaat, and many comedy movies like Yamla Pagla Deewana.

Overall, Bobby Deol movies have been a treat for the people. Be it thriller, romantic or comedy, he does not fail to impress the audience. After 2012, Deol took a break for around 5 years. And soon he came back with 2017 movie Poster Boys. Even though the movie failed to perform at the box office, Deol made his comeback with many more movies in his kitty.

BOTY has created Bobby Deol Movies List, consisting of all his hits and flops. You can also check all his upcoming movies for the next 2 years.