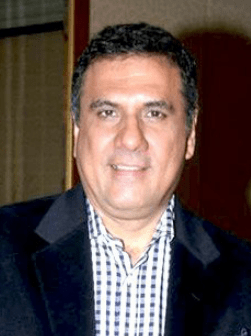 Boman Irani is best known for his roles in movies such as Munna Bhai M.B.B.S, Lage Raho Munna Bhai, Main Hoon Na, Lakshya, No Entry, 3 Idiots, PK & many more. Since 2001, he has worked in numerous films. BOTY has created a column for Boman Irani Movies which has the list of all his hits & flops.

Boman Irani is one of the finest as well as the funniest actors in Bollywood. Some of the highest grossing films such as PK, 3 Idiots, Don, Housefull, Housefull 2, Student Of The Year are all Boman Irani Movies. Generally, he is popular for his comic roles. He works prominently in the Hindi film industry.

Apart from Bollywood, the actor has performed in some Telugu & Marathi films as well. Bengal Tiger, Naa Peru Surya are some of his notable Telugu films which have worked very well at the box office. Also, his performance was immensely appreciated by the audience as well as the makers.

Before entering to the film industry, Irani was a photographer turned theatre artist. After struggling so much, he successfully got into films. In around 2 decades of his career, he has appeared in more than 50 films. To know more about Boman Irani movies, check out the list prepared on BOTY.