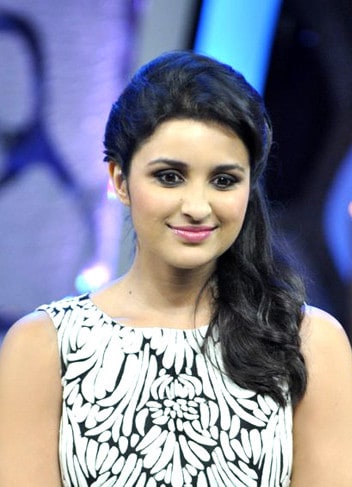 Parineeti Chopra is a sister of a famous Indian actress, Priyanka Chopra. She has worked in many good films and is a rising star of Bollywood.

Parineeti Chopra is one of the most beautiful actresses of Bollywood. She is a daughter of a talented actress, Priyanka Chopra. She has worked in many Hindi films and gained laurels from the critics and the audience.

Parineeti made her debut as a supporting actress with the movie "Ladies Vs Ricky Behl" in the year 2011. After this movie, she came to notice for her acting and lively performance which results in more opportunities in the films. She has chosen a wide variety of roles and proved her mettle to everyone.

Not only she is an excellent actress but also a very talented singer. She is a trained vocalist and had given her voice for the song "Maana Ki Hum Yaar Nahin" in her movie "Meri Pyari Bindu" with Ayushmann Khurrana.

Parineeti has won many awards for her acting, and her performance in the films speaks of her skills. Some of the famous movies in which she has worked are "Ishqzaade", "Shuddh Desi Romance", "Hasee Toh Phasee", "Kill Dil", "Meri Pyari Bindu". She recently appeared in the film "Golmaal Again", and the film turned out to be one of the biggest hits of 2017.

Parineeti is currently working on her upcoming movies "Sandeep Aur Pinky Faraar" and "Namastey England". In both the films, she is going to be seen with Arjun Kapoor. Also, Parineeti would also share the screen with Akshay Kumar in the movie "Kesari".

Parineeti Chopra all movies list is given here. All the details about her popular movies are provided here.