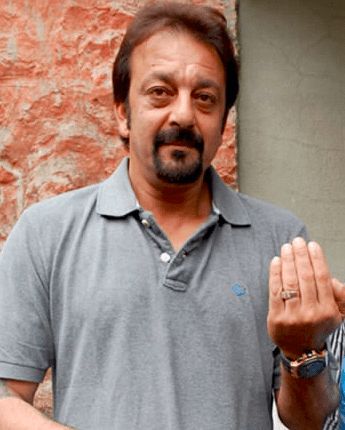 Born to veteran Bollywood actors, Sunil Dutt and Nargis Dutt, Sanjay Dutt is an extremely loved actor. He has done more than 100 films in his film career. And as a tribute to the actor, a movie is made based on his life, Sanju. Even though he has been arrested many times for faulty reasons, yet Sanjay Dutt movies as well as the actor remain one of the best things Bollywood has ever got.

Belonging to the family of superhit actors, acting comes naturally to a person. And Sanjay Dutt is also no different. BUT, this is the major assumption of people. The fact is totally different from this. Generally, we have seen actors failing even when their parents had been popular names in their time. But Dutt did not meet this destiny. Sanjay Dutt movies are some of the favorites of most of the people. Why? The sole reason is his hard work and dedication.

Sanjay Dutt controversies have flooded the news channels a lot of times. He was arrested in 1982 because of possessing drugs. Later in 1993, he was again arrested for possessing illegal arms, which were used in 1993 Bombay blasts. And since then, till date, he has been arrested and released on bail due to the same reason several times.

His life has been a roller coaster ride ever since. Where on one side, he was going on and off with the arrests, on the other side, his married life was also doing rounds. He was earlier married to Richa Sharma for 9 years. Later, he was married to Rhea Pillai for 7 years. And currently, he is married to Manyata Dutt since last 10 years.

Well, whatever his personal life had in store, his reel life has always done wonders. Although people love seeing their favorite actor in comedy roles more often, his action movies have also been hit among the audience.

Some of the comedy movies in Sanjay Dutt movies list include Munna Bhai MBBS, Lage Raho Munna Bhai, All The Best and Dhamaal. And some movies where he appeared in an angry avatar are Agneepath, Bhoomi, Tathastu, Khal Nayak, and many more.

Listing Sanjay Dutt's all movies here will not be possible. Hence, we have created an entire list containing his latest movies and previous hits & flops. This list is updated regularly with Sanjay Dutt's new movie, as soon as it is scheduled.