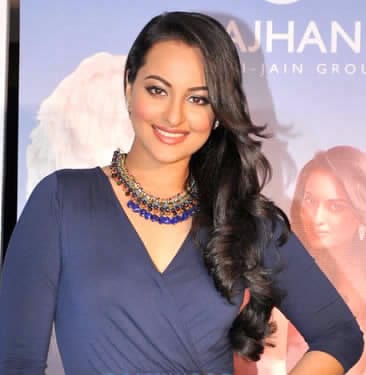 Sonakshi Sinha is the daughter of Shatrughan Sinha & Poonam Sinha. Initially, she started her career as a costume designer. The actress got a great breakthrough from Salman Khan’s Dabangg in the year 2010. Since then, she has worked in numerous movies. In just 8 years of her film career, she has delivered more than 20 movies & the counting is on. BOTY has generated a list of Sonakshi Sinha movies where you can check out all her works.

Born to the actors Shatrughan Sinha & Poonam Sinha, Sonakshi Sinha started her Bollywood career in the year 2010 with Dabangg. She had the golden opportunity to start her career with the Superstar Salman Khan. Since then she has been giving several super hits. Most of the Sonakshi Sinha movies are either with Salman Khan or with Akshay Kumar.

After her very first film, the actress managed to impress everybody with her talent. Not only the audience but also her co-stars & other Bollywood people appreciated her. Sonakshi well maintained the legacy defined by her father. In just 8 years of her acting career, she has worked in more than 20 films. Apart from acting, she has tried her hand in singing as well.

Before being an actress, Sonakshi was a costume designer. Yes, you heard it right, she was a professional designer. Her designs were flaunted in many Bollywood films like Mera Dil Le Ke Dekho which was released in the year 2005. After several years as a designer, she tried her hand in acting in the year 2010. BOTY has created a separated list of all her movies.