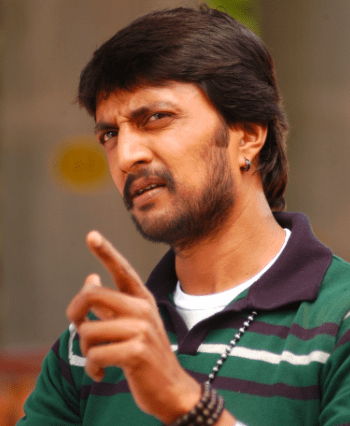 Predominantly a Kannada Superstar, Sudeep Movies are also famous in Tamil, Telugu and Hindi languages. He is also the host of Kannada version of Television reality show, Bogg Boss. Not just a popular actor, he is also an amazing singer. Most of the times, he lends his own voice to the songs in his movies.

Sudeep started his career with Kannada film industry. Soon with his debut, he became the superstar of Karnataka. But just not Kannada movies, he is also popular for his work in Hindi, Tamil and Telugu film industry.

Sudeep made his Bollywood debut in 2008 with the movie 'Phoonk'. He then debuted in Telugu with the movie Eega, in 2012, where he played the villain. Some of the other popular non-Kannada movies of Sudeep are Rann, Phoonk 2, Bachchan, and Varadanayaka.

BOTY has created Sudeep Movies list, where you will find most of his hits and flops over his film career. We will keep updating this database regularly with his other hit movies.