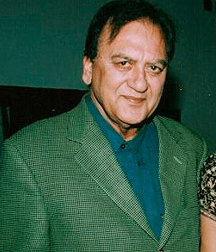 Born in a Punjabi family, Sunil Dutt was a popular star both in Hindi and Punjabi cinema. He had delivered numerous hits as an actor in his film career spanning 4 decades. As a director as well, Sunil Dutt was greatly successful. Sunil Dutt movies were immensely loved. Furthermore, he was also the minister of Youth Affairs and Sports in Manmohan Singh’s office.

Dutt started his career in the late 1950s. And he went on to become a popular star of the 1960s and 1970s. He even directed many movies where he was the main lead actor. Majority of Sunil Dutt Movies have been successful at the box office. People have always loved his acting and his screen presence.

Sunil Dutt entered the industry in 1955. But rose to stardom when he featured along with Nargis in the movie Mother India, 1957. This movie was a huge blockbuster. They both fell in love during the shooting of the film and got married in 1958. Due to his brilliant performance, he got many big movies in his kitty, where he did a splendid performance. And soon, he became a superstar of Hindi cinema.

Some of the successful Sunil Dutt Movies include Yaadein, Mujhe Jeene Do, Gumraah, Waqt, Hamraaz and the list goes on. The last movie of Dutt before he died was Munna Bhai MBBS. He appeared in the role of Sanjay Dutt's father. The real-life father-son shared the same screen for the 1st time.

BOTY has created Sunil Dutt Movies List, consisting of some of the best hits of Dutt. Enjoy watching the movies and know a bit more about your favorite actor.