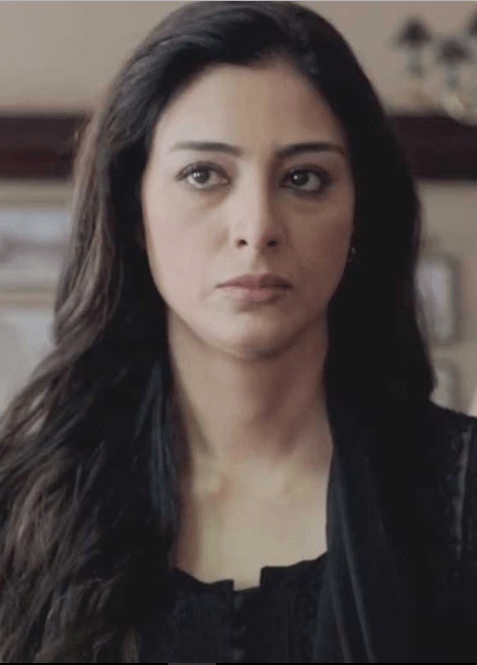 Tabassum Fatima Hashmi, famous as “Tabu”, is a successful actress in Indian film industry. She has mainly acted in Tamil and Hindi films. Apart from these two, Tabu has also worked in Marathi, Bengali, Tamil, Malayalam, and English movies. Because of her immense contribution to the Indian cinema, Tabu has been awarded several accolades in her film career. The success of Tabu movies is a proof that she has done a splendid work as a leading and supporting actor in her films. Also, Tabu is known for playing challenging roles in the movies.

Tabu has not only worked as an adult actor but also contributed as a child actor. She worked in the movies Bazaar and Hum Naujawaan during her childhood days. The actress made her debut in the Telugu movie, Coolie No 1 and later on got many opportunities in her career. She is known for her fitness and has grabbed many films in her pocket because of her attractive personality.

The actress has chosen content films most of the times rather than masala movies. Some of the famous movies in which she has acted are Maachis, Kaalapaani, Virasat, Astitva, Chandni Bar, Maqbool, Cheeni Kum, Haider, Drishyam, Golmaal Again, Jai Ho, Fanaa, Fitoor, to name a few. Also, she has performed in the English movies, The Namesake, and Life of Pie.

In the 90's, some got the opportunities as a leading and supporting actress in the several famous movies. Saajan Chale Sasural, Biwi No. 1, Border, Hum Saath Saath Hain, are some of her commercial successful films in the Hindi cinema. Tabu is an inspiration for the young actresses and has received Padma Shri award in the year 2011 from Govt of India for her contribution to the Indian film industry.