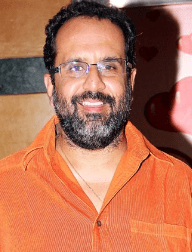 Anand L. Rai is best known for his films such as Tanu Weds Manu, Ranjhanna, Zero, Tanu Weds Manu Returns etc. He made his directorial debut in the year 2007 with Strangers starring Jimmy Shergill in the lead role. Further, he made many more movies. BOTY has created a column for Anand L. Rai Movies which includes all his works.

Anand L. Rai is one of the leading directors & producers of the Hindi film industry. In the year 2007, he made his directorial debut with the film Strangers which was a moderate success. The director gained popularity through his further directorial. Ranjhanna, Tanu Weds Manu, Tanu Weds Manu Returns are some notable Anand L. Rai movies.

Apart from being a film director, he is a famous film producer as well. His 2015 release, Tanu Weds Manu Returns was such a big hit that it easily collected over Rs 100 crores in the domestic market & over Rs 200 crores in the overseas market.

To know more about Anand L. Rai movies, check out BOTY where a separate list of all his films has been generated. Check out your favorite ones.